Toyota Tundra PIE Pro Has Pizza-Making Robots On Board

If you like your pizza hot, fresh, and delivered by robots, look no further. Toyota and Pizza Hut have got you covered. The two brand giants recently collaborated to make a high tech pickup truck that has all the gear on board to make pizza on the go, so it can be made to order on its way to its recipient. 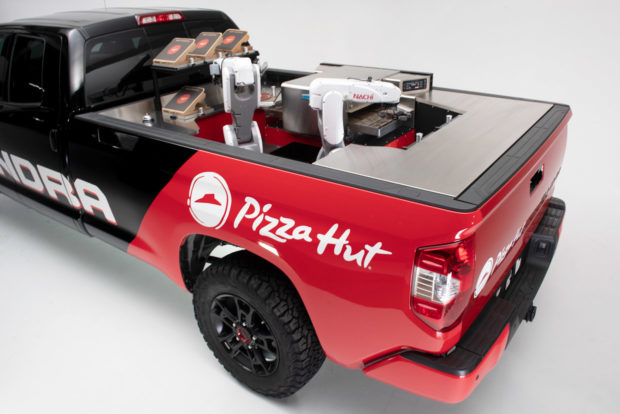 The build team at Toyota’s Motorsports Technical Center at the company’s US headquarters in Plano, Texas started out with a full-size Tundra pickup truck, then got to kitting it out with all kinds of goodies. For starters, the Tundra PIE Pro truck runs not on fossil fuels, but on hydrogen power, which it uses to generate electricity for its motor and its robotic pizza cookery. 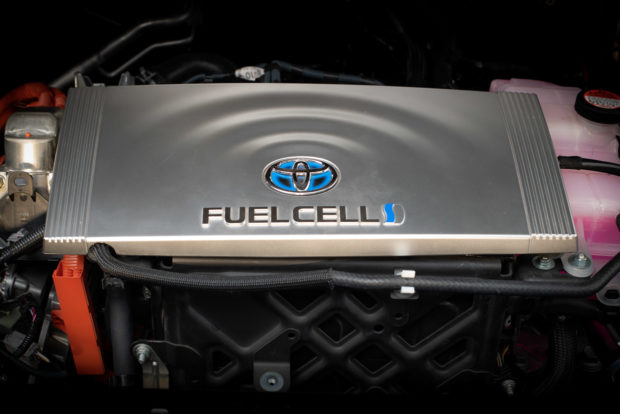 While that might make treehuggers geek out, it’s the robots that get me all hot and bothered. The truck is equipped with two Nachi industrial robot arms, similar to the ones that Toyota uses on its assembly lines – only smaller. Each robot is responsible for part of the pizza making process – one doing prep, and the other handling packaging and delivery. 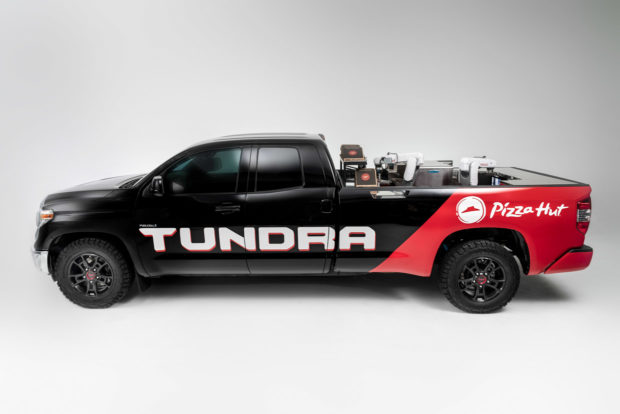 The first robot uses its arm to open up one of the truck’s built-in pizza refrigerators, and reaches inside to grab an uncooked pizza. It then carefully maneuvers the pizza into a high-speed professional pizza oven, where it rolls through as it bakes. It takes about seven minutes to cook, and when it pops out the other side of the oven, robot number two takes over. 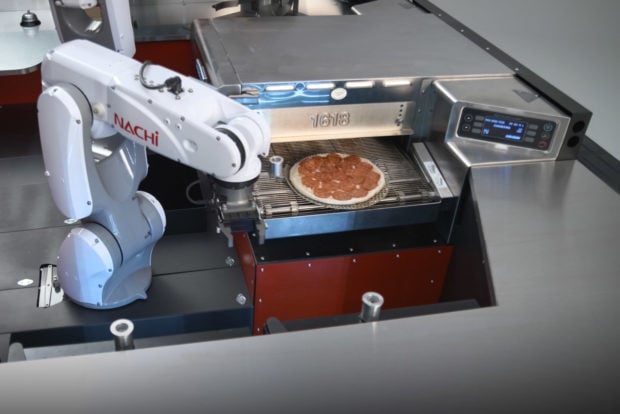 It’s the second robot’s job to grab the freshly-cooked pizza, and place it onto a special, rotating cutting board, at which point a mechanical pizza wheel raises and lowers itself as the robot turns the pizza, resulting in perfectly triangular slices. Once the pizza is sliced, robot number two fetches it, transfers it to a pizza box, closes the lid, then hands it over to the customer. When it’s all done, it rings a little bell as an added flourish. 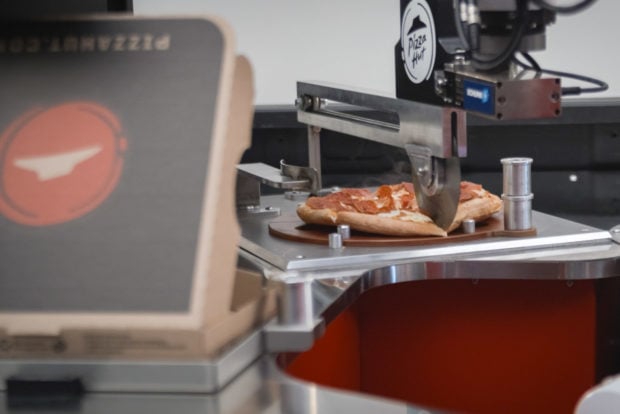 I watched the whole thing work like a seamless industrial ballet when Toyota revealed the truck at this year’s SEMA show in Las Vegas, filling the air around the booth with the aroma of fresh-baked pizza, and making mouths of hungry journalists water. 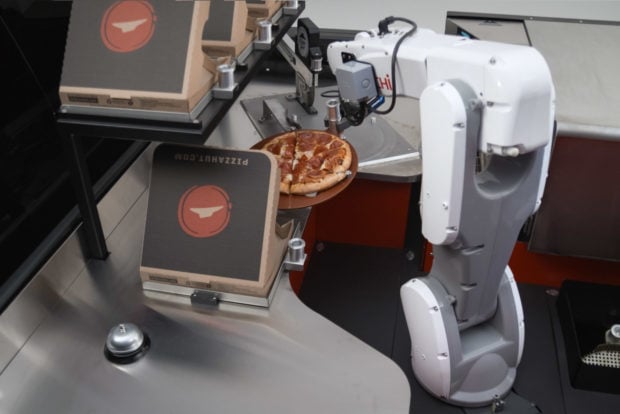 There’s a nifty making of video below from Toyota’s Motorsports Technical Center showing off the design and build process behind the Tundra PIE Pro. Be sure to check it out.

It’s a very impressive build, though sadly, there are no immediate plans for robotic pizza delivery trucks to start hitting the streets. So for now, we’ll just have to rely on those pesky humans.