Growing up, my favorite Star Wars characters were Luke Skywalker and R2-D2. In addition to being incredibly versatile, R2 seemed to have more to say with all his beeps and boops than the other characters that had actual words to say. Fans of R2-D2 and his astromech droid pals will want to check out this sweet Star Wars The Black Series Astromech Droids action figure boxed set. 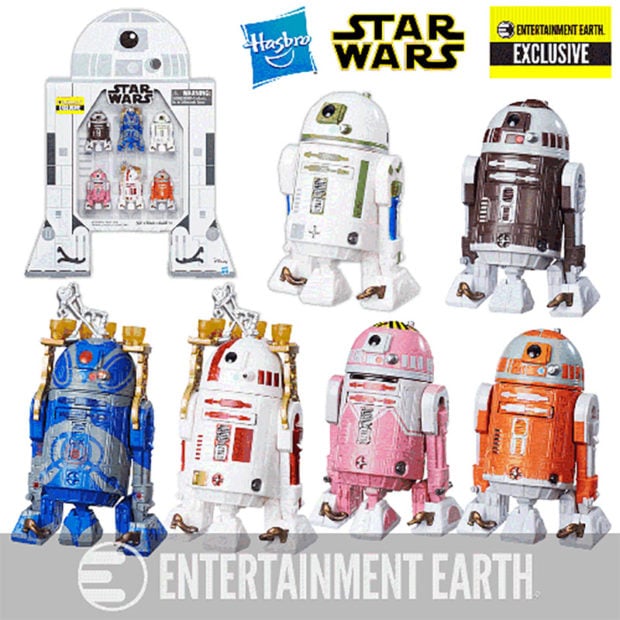 The set includes six droids from different Star Wars films and shows. The each measure 3-3/4″ tall, and they come packed in a 16-inch tall R2-D2-shaped box. 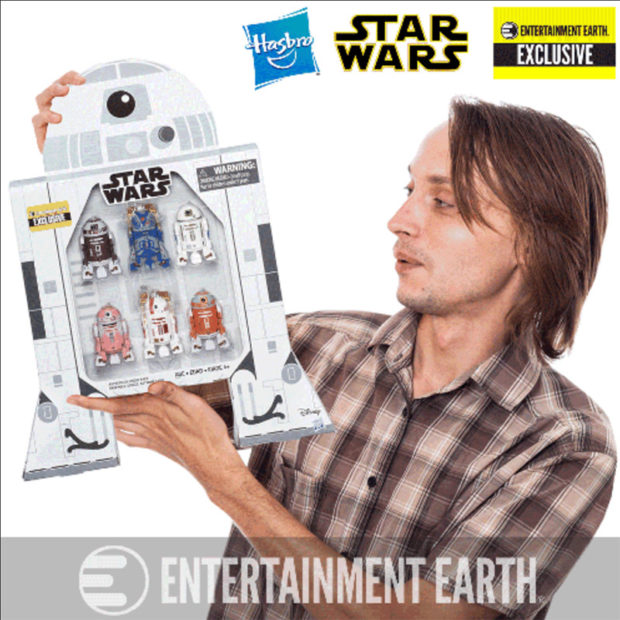 The droid action figures include Jabba’s bartender droid, R7-F5, QT-KT, R7-D4, R2-C2, each from The Clone Wars, and R2-A5, another white and green robot that was in the original 1977 film. Both Jabba’s bartender and R2-C2 include a tiny set of drink glasses and a drink dispenser.

Best of all, this Entertainment Earth exclusive set can be had for just $25.99 in mint condition. That’s a 68% savings off the original price.