Fans of video games might not recognize the name Charles Martinet, but you have heard his voice if you ever played a game with Mario in it, as Charles has been the voice of the character since back in the early 1990s. Now, Martinet has landed a Guinness Book of World Records achievement. 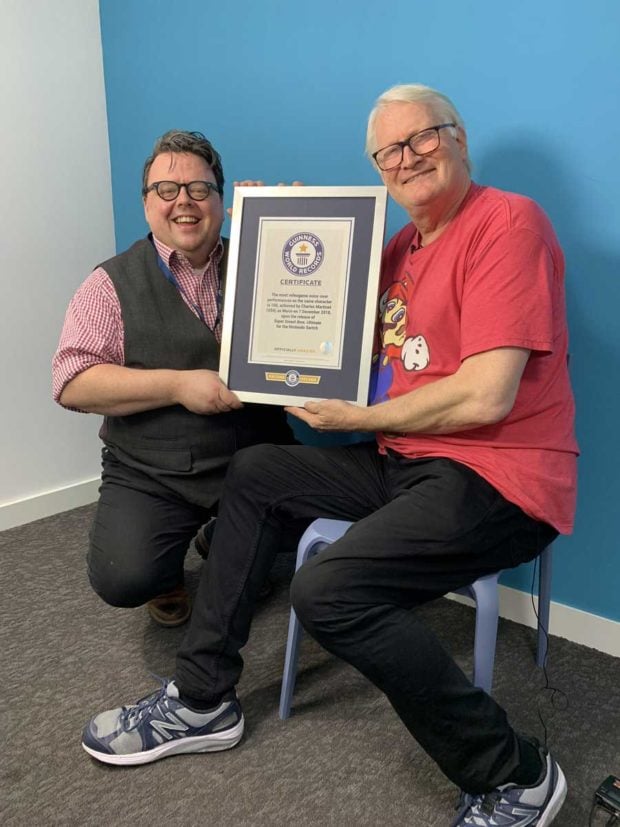 This record is for the most recorded video game voice-overs for a single character. He won the award after voicing Mario in the Super Mash Bros. Ultimate game that recently launched. With that game’s release, Martinet has voiced Mario in over 100 titles.

Mario isn’t the only character that Martinet has voiced in the Super Mario Bros. world. He is also the voice of Wario, Luigi, Waluigi, and the baby versions of Mario and Luigi.