This Pool Noodle Float Looks Like a Giant Sharpie

Swimming pool season is long since over here Chicago, but there are still places where it’s warm enough to take a dip in the pool this year. One thing you’re never supposed to do is spill ink into a swimming pool. That said, I don’t recommend leaving a Sharpie in the pocket of your swim trunks. If nothing else, it’ll ruin your swimsuit or the pen itself. There’s one exception to that rule though, and that’s if said Sharpie is actually an inflatable pool noodle. 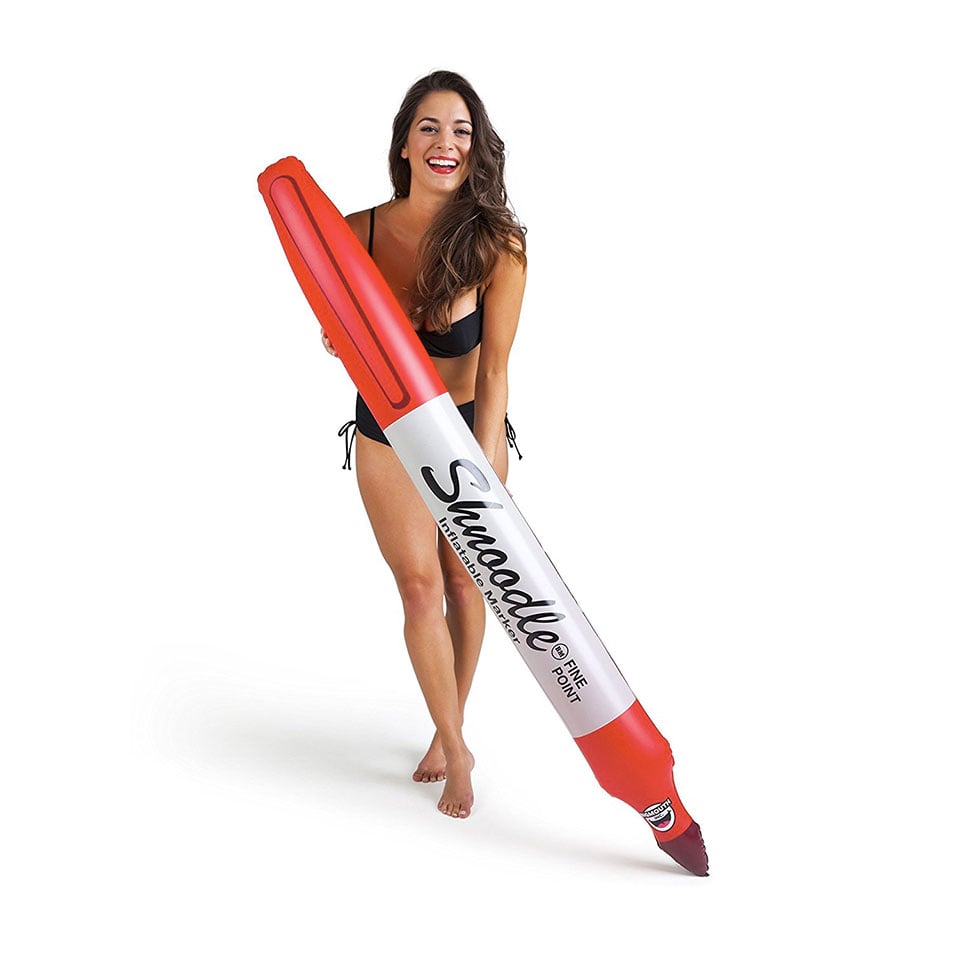 BigMouth Inc’s Giant Shnoodle pool float has a name that sounds like a mix of a schnauzer and a poodle, but I think that’s just so they can avoid Sharpie’s lawyers from sending them a nasty letter. You’re not going to be able to lounge on this thing in the same way you might float on an inflatable slice of pizza, but you’ll definitely have fun bonking your little brother on the head with it when he wanders onto your side of the pool.