If you are building your Star Wars LEGO fleet of spaceships, check this one out. The newly announced LEGO 75244 Star Wars Tantive IV set is headed our way. Also known as the Blockade Runner, it is the Corellian Corvette that carried Princess Leia at the beginning of the original Star Wars movie. 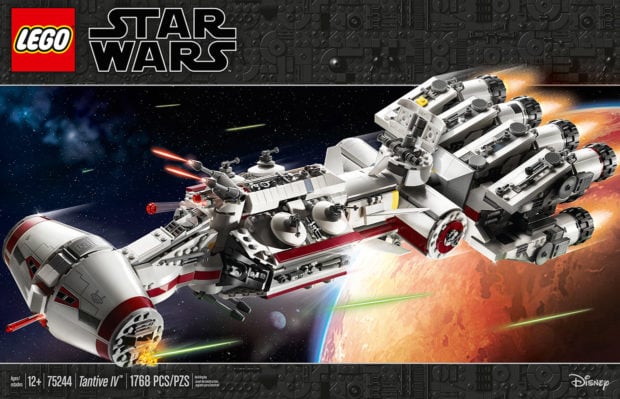 The set is one of many LEGO Star Wars sets announced at this year’s Star Wars Celebration event. This is actually the third LEGO version of this ship. The first was the Ultimate Collectors’ Series (10019) set from 2001, the second was a playset (10198) released in 2009. The new LEGO 75244 Star Wars Tantive IV has more parts than the original, with 1,768 pieces. 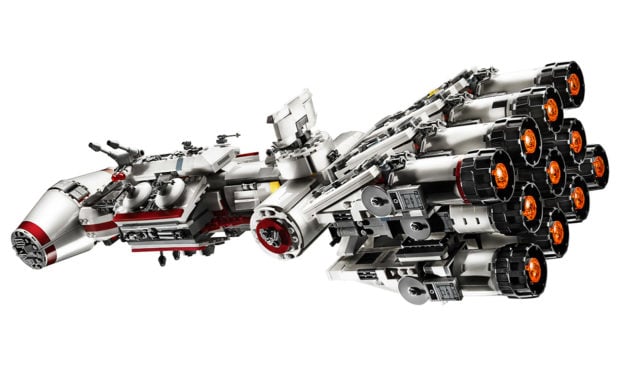 It looks a bit sleeker than the previous versions too. This version has an elongated hull, detachable escape pods(because that’s how the adventure starts), an elevating gun, cargo hold, 11 engines, and a removable hull plate that reveals a 2-minifigure cockpit, conference area with table, weapon rack and a control console with a pair of seats. Obviously, this LEGO set is not to minifig scale, but it’s still pretty detailed and cool looking. 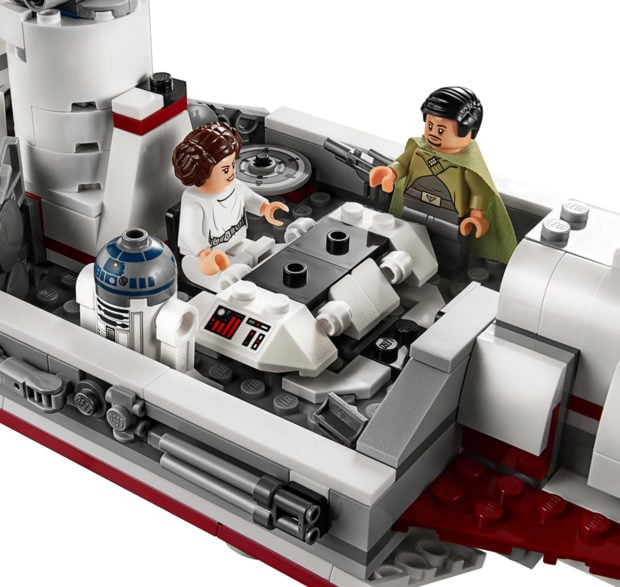