If Barney Was a Transformer, He’d Be this Megatron Beast Wars Figure

I never watched Transformers Beast Wars, but I may have to check it out now because this Takara Tomy Transformers Masterpiece MP-43 Megatron Beast Wars figure looks pretty damn awesome. It’s from the Japanese version of Beast Wars and was officially released in Japan last month. 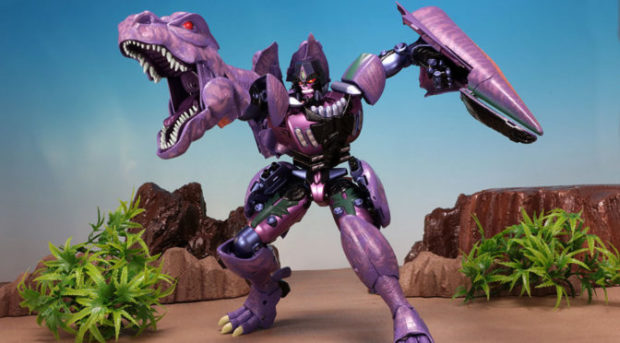 It looks like a pretty decent dinosaur figure in Beast mode. You wouldn’t even know that it was a Transformer, but it’s actually transformable between robot and dinosaur form. In dino form, its head becomes its primary weapon. This form is a no-brainer for Megatron. I would have picked a ferocious prehistoric beast like the T-Rex as well. 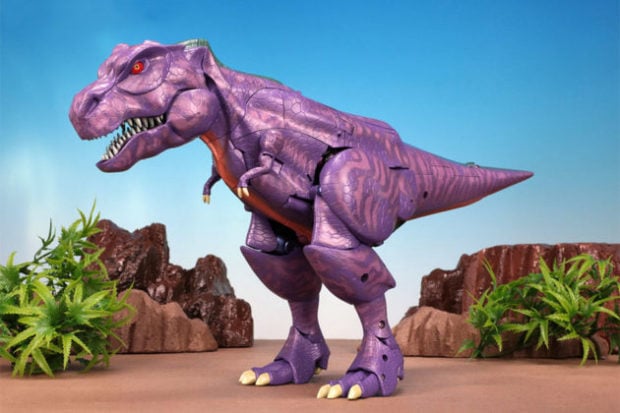 I don’t know how many points of articulation it has, but it does have newly recorded sound effects that are in Japanese from the voice actor who voiced Megatron 20 years ago. How cool is that? This is a must-have for Transformers fans. Beast Wars fans too of course. 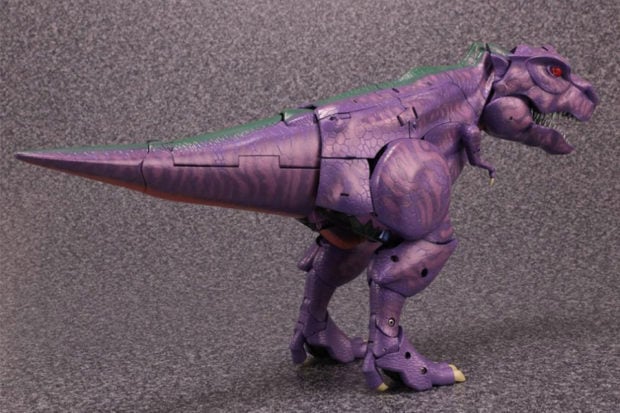 It’s not cheap though. You can get this transforming purple monster from Big Bad Toy Store for $319.99. You know you want it. I know I want one. 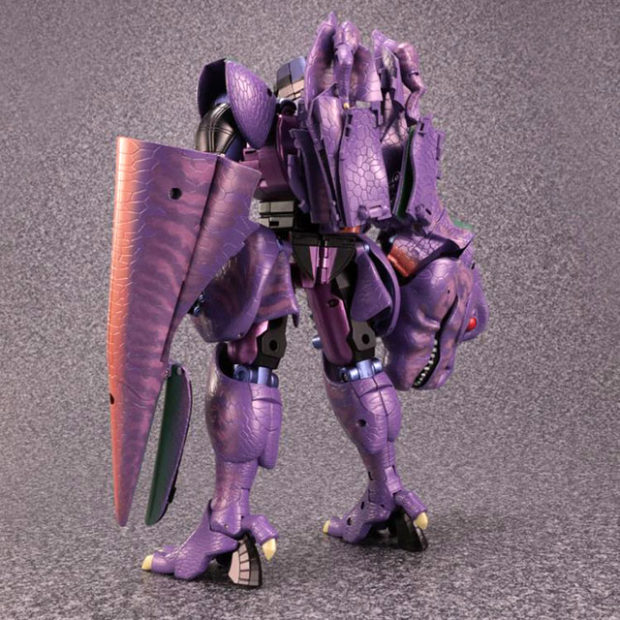 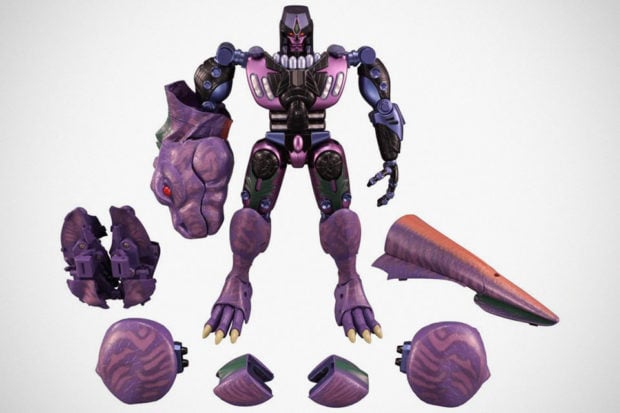 [via Toy Hype via Mike Shouts]