The Night King Gets His with this Funko POP! Figure

If you haven’t watched this season of Game of Thrones, look away. Funko has a very cool new POP! vinyl figure in the form of that cold-hearted bastard the Night King. This figure of the White Walkers’ leader features a little something special to commemorate his demise. 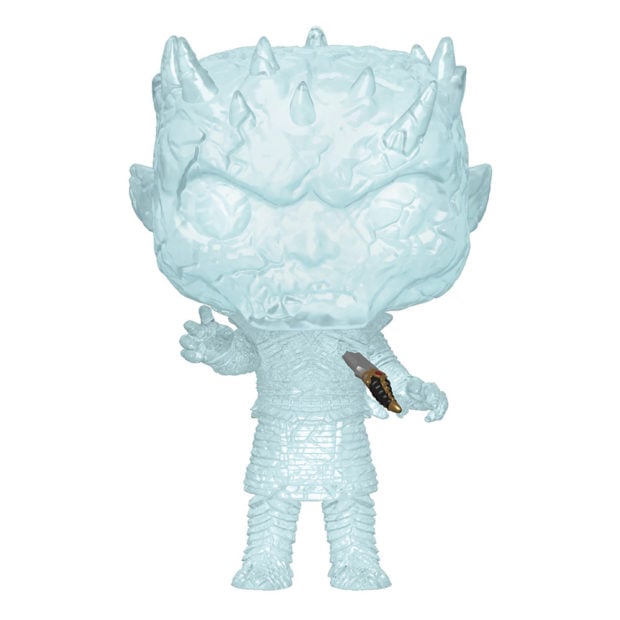 The collectible has a translucent crystal look, and a dagger in his chest. He was all smug in his assumption that Bran was about to die at his hands when BOOM, Arya you bastard you. Being an assassin, she can kill people even when hanging in the air. Dagger in the chest, and just like that the war against the dead is over. Anticlimactic, much? Anyhow, the night king with a dagger in the chest is kind of a cool visual.