The Infinity Saucelet: The Power to Dip Everything

Move over Thanos. The Infinity Gauntlet is no longer the ultimate power in the universe. The Infinity Saucelet is a much more powerful gauntlet. This bad boy was 3D printed by Instagram user unnecessaryinventions. It looks just like the Infinity Gauntlet, but instead of gems it has holders for six fast food dipping sauce containers.

The Infinity Saucelet™️ In one snap of my fingers all your fast food dreams will come to life. This extremely powerful gauntlet can wield the power of all of your favorite fast food sauces all at once. Cover everything in sauce… whatever it takes. #unnecessaryinventions

A post shared by Unnecessary Inventions (@unnecessaryinventions) on May 31, 2019 at 11:37am PDT

And everyone knows that when eating 20 chicken nuggets, you need all of the sauce. With a snap of your fingers, you’ll make half of them disappear. Just be careful not to gesture, or that sauce will be flying everywhere. Unless Captain Marvel is around, in which case, just let it fly in her face. Ain’t no Titan madder than a hungry one. Just look at that first pic. This dude means business. He’s armed literally with all of the sauce and he isn’t afraid to use it. 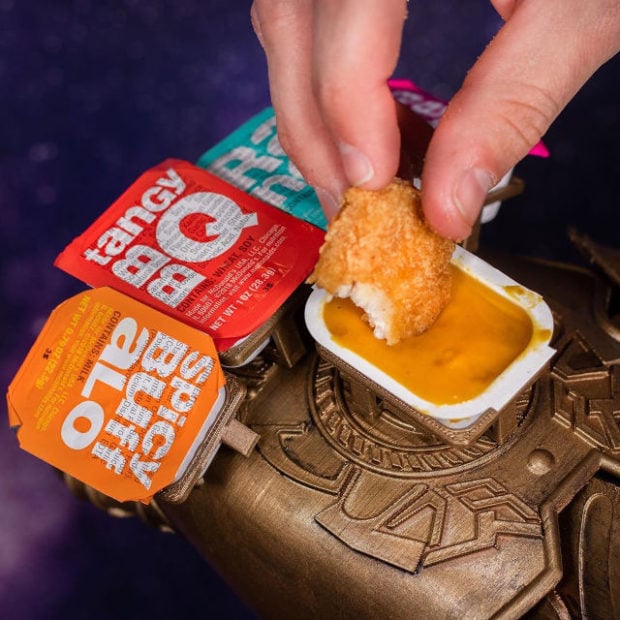 Despite this guy’s name, I would say this is a very necessary invention. Now the real question is, when can I buy one? Or do I have to steal it from this dude like I’m an Avenger? Because if I have to wrestle this guy, things are going to get sticky. I’ll bring nuggets when I attack and dip while in battle. 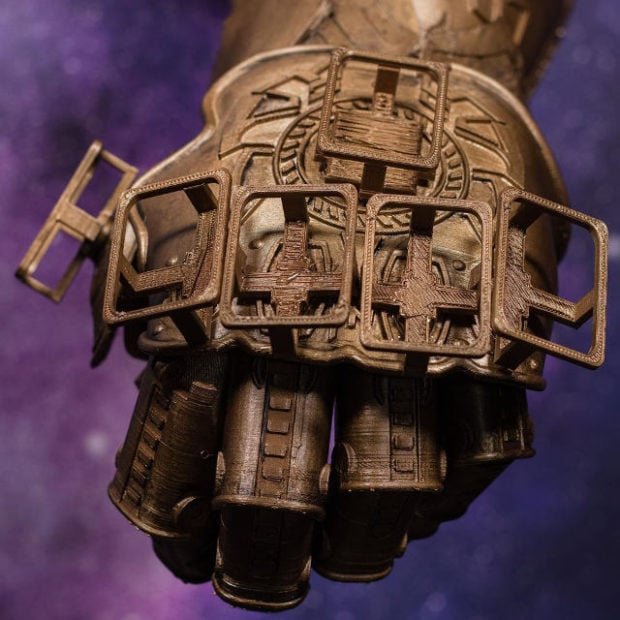 [via Geeks are Sexy via Geekologie]