This SNES Is Now a Nintendo Switch Dock

The Nintendo Switch and its docking station are pretty good looking the way they come from the factory. But that hasn’t stopped people from wanting to customize their game systems to their own liking. If you’re into the look of classic Nintendo game systems, then you might want to build a Switch dock like this one, which a modder built into the case of an old Super Nintendo console. 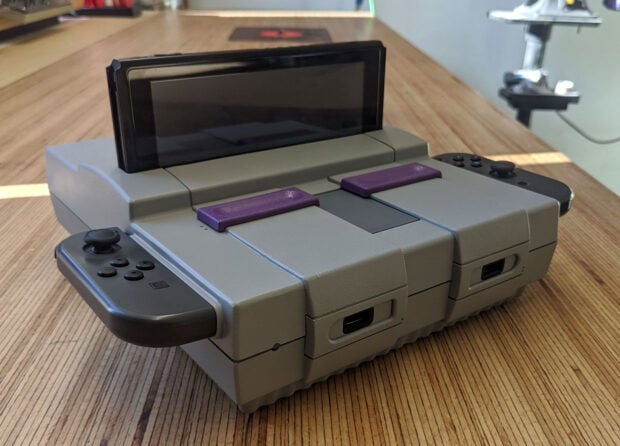 Nintendo fan and casemodder Imokruok previously turned an 8-bit NES console into a Switch dock, so it was only natural that their next build would be based on Nintendo’s 16-bit SNES. The design is quite clever, turning the cartridge port into a charging dock for the Switch handheld, and adding holders on its sides for docking its two JoyCons. They kind of look like ears sticking off of the sides there, and if you look at it from the above, the Power and Reset buttons look like eyes, and the Eject button is a nose… if you squint real hard. 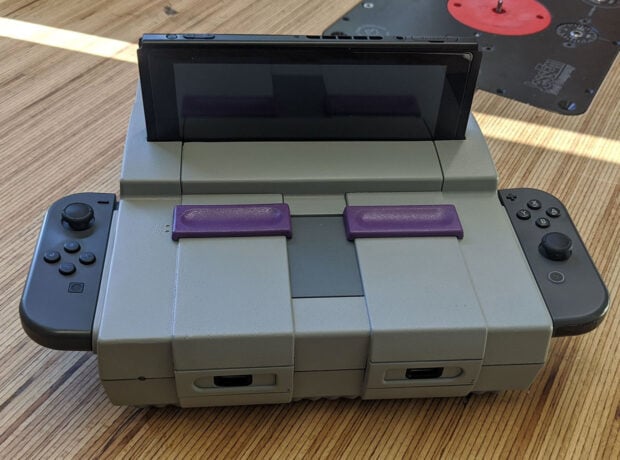 All in, it cost about $157 for all of the parts used, which included a defunct SNES purchased on eBay. It took Imokruok about 40 hours to complete the build. If you’re interested in learning the nitty gritty of the build, check out the full photo gallery and notes, which are documented over on imgur. Now that they’ve done an NES and an SNES, I can only assume that N64, GameCube, and Wii docks are next on their list. Though if they continue on that course, they’ll need to eventually turn a Nintendo Switch dock into a Nintendo Switch dock.