When is a Rubik’s Cube Not a Cube? When It’s a Fruit

The original Rubik’s Cube is one of the most iconic and popular toys of all time. From its deceptively simple design to its frustrating complexity for noobs, to the amazing way that some people can solve them in seconds, they’re a mechanical masterpiece of puzzle goodness.

The original 3x3x3 puzzle has inspired many variants, including much more complicated versions, and shapes like pyramids and dodecahedrons. Now, you can buy some Rubik’s inspired puzzles that look good enough to eat. 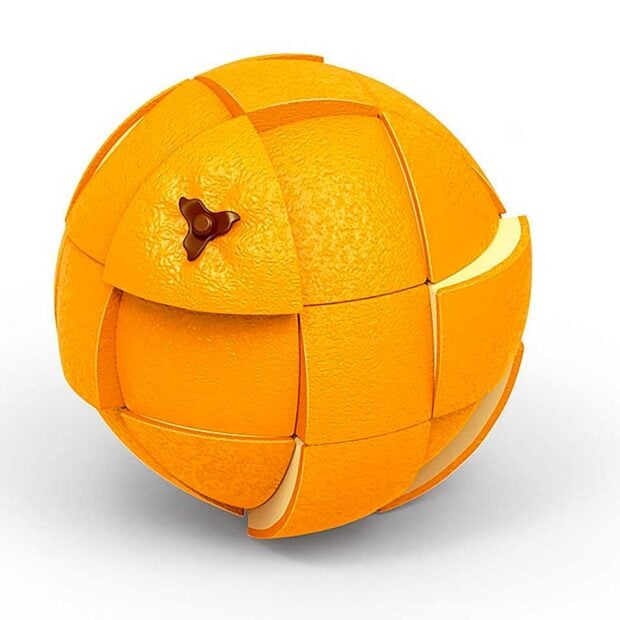 These Fruit Series “cube” puzzles are anything but cube-shaped, but they work in a similar way to the original Rubik’s Cube, with a multi-axis pivoting mechanism to scramble then arrange their parts out. The puzzles come in five tasty and nutritious versions, including orange, banana, pear, lemon, and apple. Okay, plastic isn’t actually nutritious. 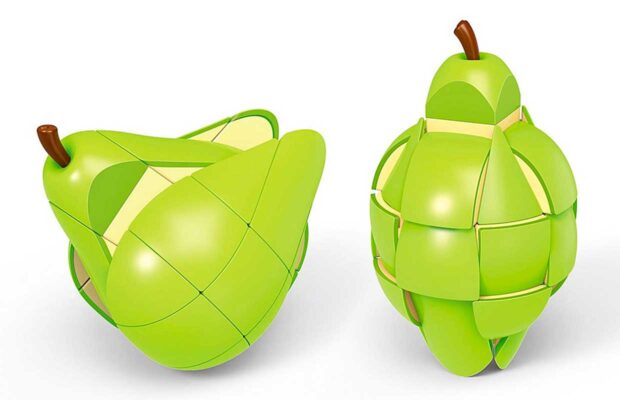 At first glance, these things look like they’d be more challenging to sort out than a piece of fruit that you already took a bite out of, but apparently, they’re not that hard. Despite the temptation, don’t try and chomp down on one of these, or you’ll certainly chip a tooth. 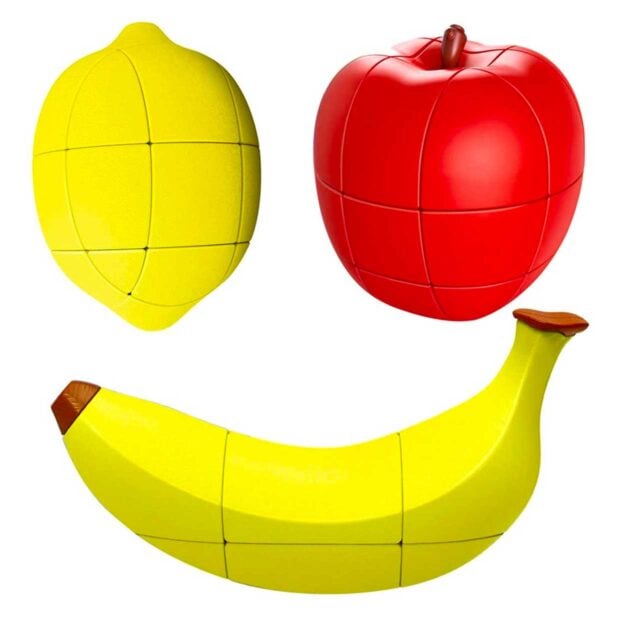 All of these fruity puzzles are available individually from Hong Kong novelty shop Brando, where they sell for $16 each. The SpeedCubeShop sells a set of three that includes the orange, apple, and banana for just $17.95. I also found a set of four on Amazon for $19.99.