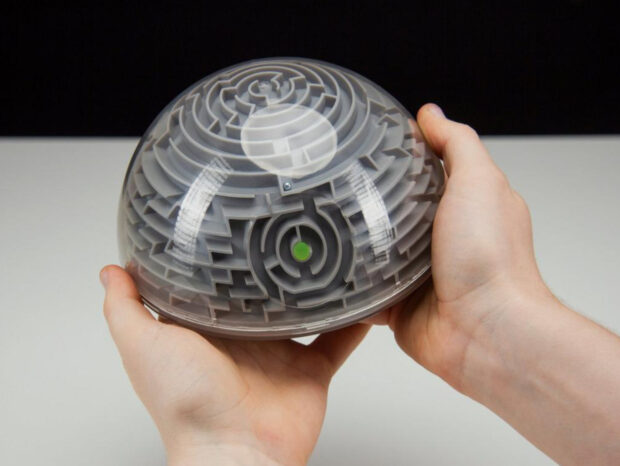 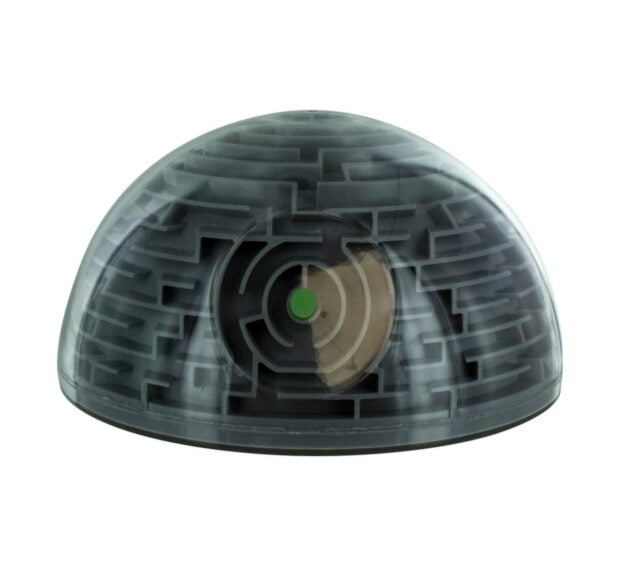 Available from Entertainment Earth, the $17 maze consists of the upper half of a Death Star with a transparent outer shell and plastic labyrinth inside and a small ball bearing to guide towards the super laser in a full 360-degrees of getting lost and frustrated. Or, if you’re really using your imagination, as I suggested, you can pretend the ball bearing is an ion torpedo, and you’re trying to guide it through a thermal exhaust port leading to the reactor core. I’ll even call you Luke Skywalker if it helps in this little fantasy of yours. 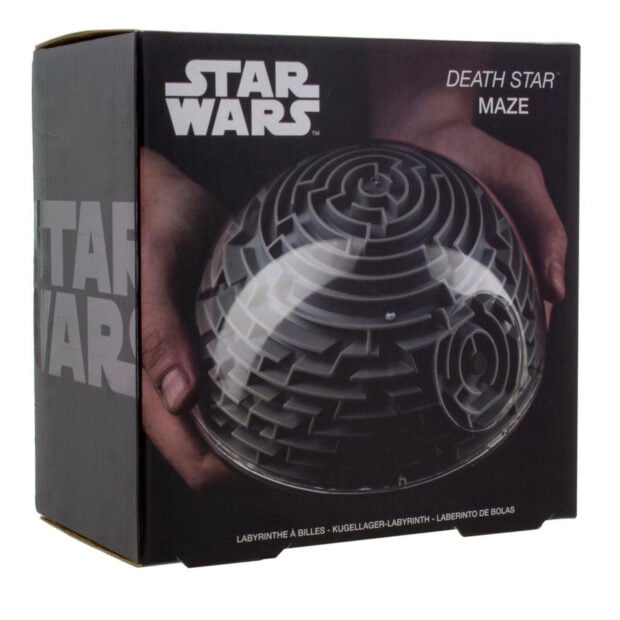 Tried solving the maze but struggling to finish? No problem, do you own a hammer? When all else fails, smack it with a hammer – that’s one of my mottos. Along with ‘You can never have enough duct tape,’ and ‘Honey, have you seen the Band-Aids?’