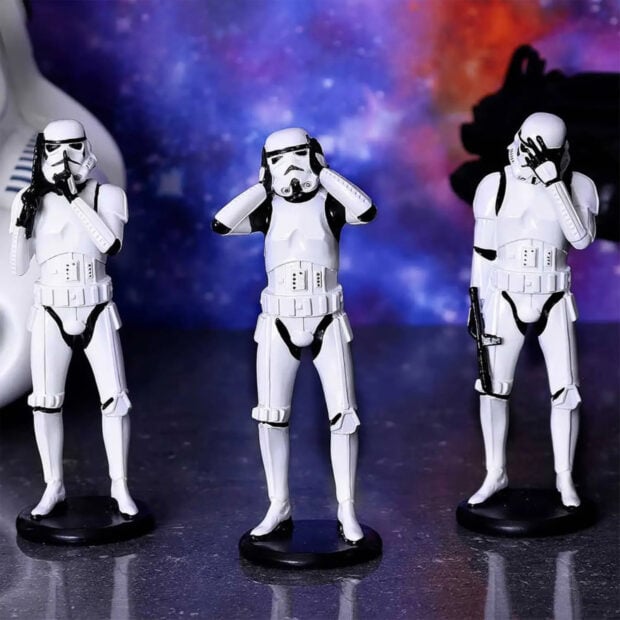 Being able to buy a Star Wars-themed version of everything: it’s one of our inalienable rights as human beings. And to prove that is this Three Wise Stormtroopers figurine set made by Nemesis Now and available on Amazon (affiliate link). The three stormtroopers embody the traditional Japanese proverb “see no evil, hear no evil, speak no evil,” and look quite sharp doing it if I say so myself. That armor looks clean enough to eat off of. 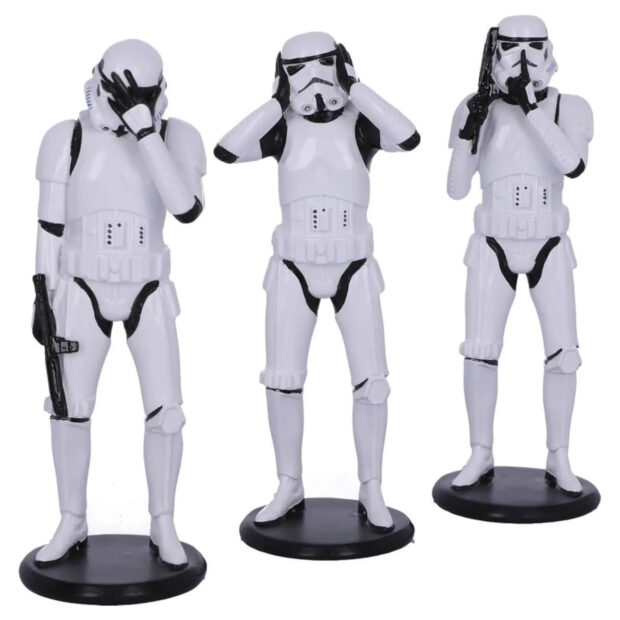 The officially-licensed stormtroopers stand approximately 7″ tall and are cast from resin and individually hand-painted. It’s probably wise they went with individual hand painting instead of trying to paint all the figures at once. I imagine that would take a level of ambidextrousness previously unheard of. 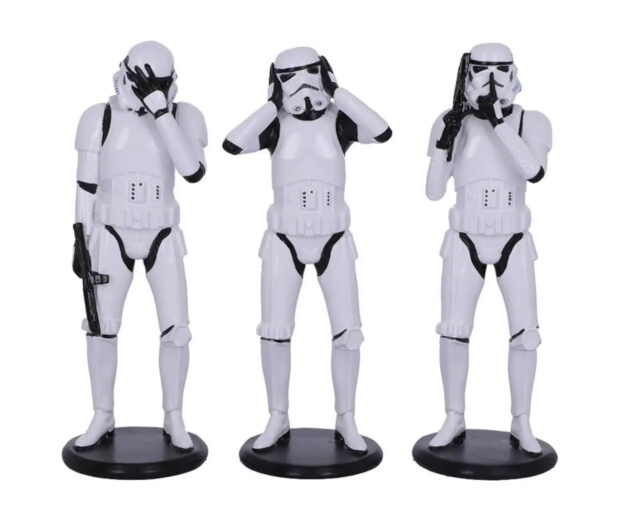 These are going to make a great on my bookcase, which, incidentally, is entirely filled with Star Wars collectibles and no books, making it more of a Star Warscase. So, which one of the figures is your favorite? Mine is the ‘see no evil’ trooper because it reminds me of how most stormtroopers must aim.