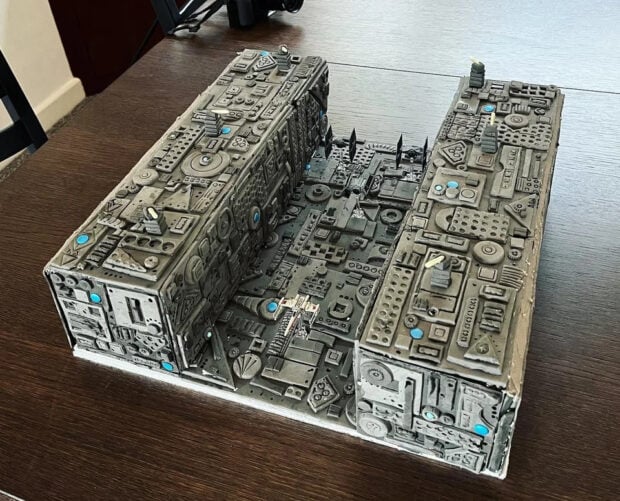 Because there’s no birthday like a Star Wars birthday, Redditor jiggleyourpuffs96 (real mature!) went and crafted this very impressive Death Star trench run-inspired birthday cake. The whole thing is edible, too, except for the little plastic ships and their stands, which I wish I would have known before biting into one and losing a filling. 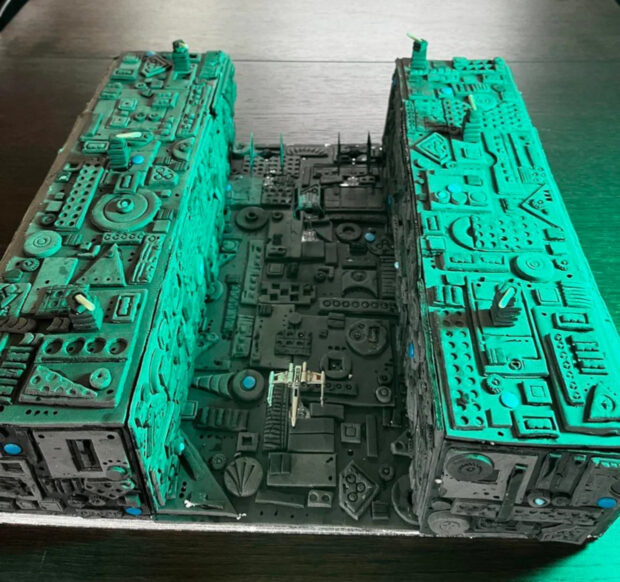 A lot of the pieces were textured by pressing modeling icing against the tops and bottoms of LEGO bricks to achieve that newly built space station look. If they’re anything like me, though, hopefully, those bricks were sanitized first because mine spend most of their time strewn across the living room floor, and I can’t even remember the last time I vacuumed. I’m pretty sure The Phantom Menace was still in theaters. 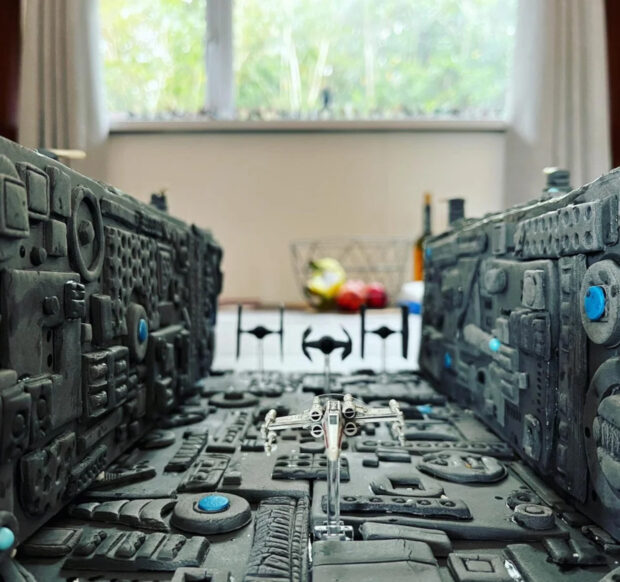 I’d eat it. Of course, there are very few things I wouldn’t eat, and, much to my wife’s dismay, items in the trash aren’t excluded. I always jokingly say I was raised by raccoons, but I can see the scorn in her eyes, especially when we have company over and somebody just threw away a pizza crust. 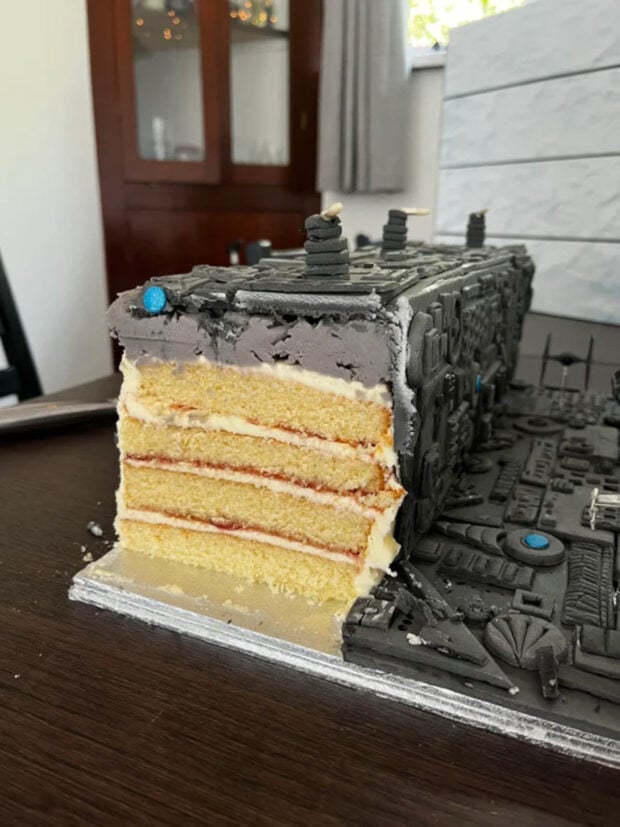