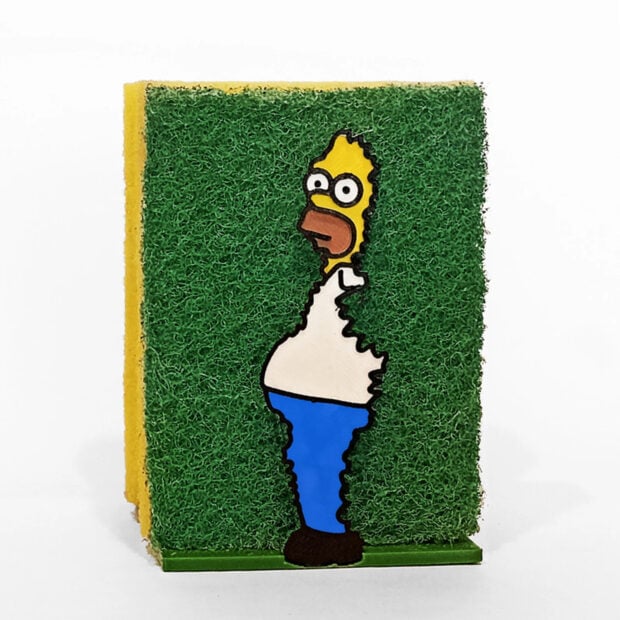 As far as sponge holders go, this is a great one.  3D-printed and sold by Etsy shop Tecnopla, this green kitchen sponge holder makes Homer Simpson appear to be disappearing into a bush, just like in the now meme-ified scene from The Simpsons Season 5 Episode 16 ‘Homer Loves Flanders’. Now all you need is a holder for your glass washing brush that makes the blue bristles appear to be Marge’s hair, and your kitchen sink will finally have the Simpsons theme you never knew you needed, but now can’t possibly live without. 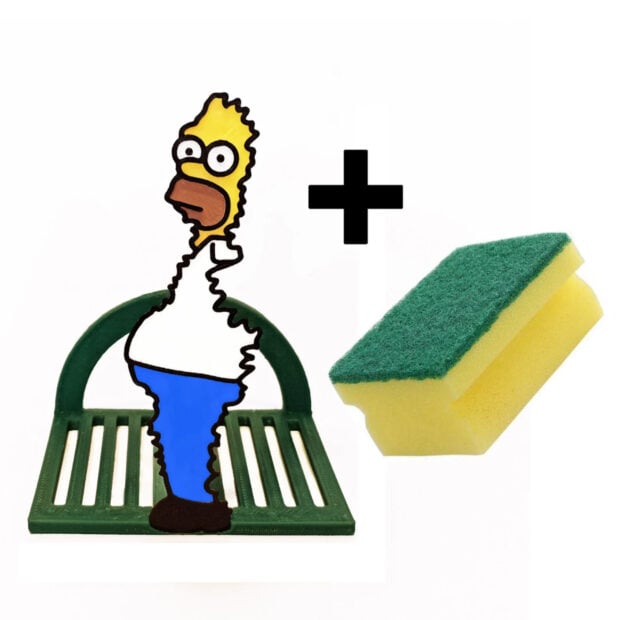 The Simpsons Sponge holder (say that ten times fast) costs $12.15 and measures approximately 3.75″ x 2.75″ x 2″. It was designed for holding a thick scouring sponge like the one seen in the photo above. It is NOT designed for holding a shower scrunchie in the shower, but that’s not going to stop me from doing it anyway or my wife from asking what the hell Homer is doing in the shower hiding in a bush.