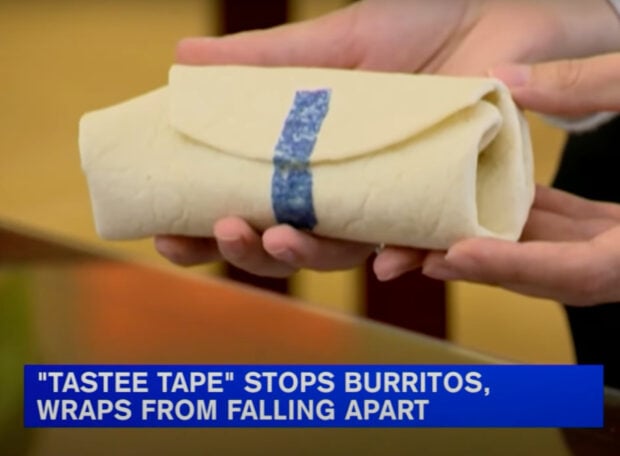 The brainchild of a group of presumably messy eaters at Johns Hopkins University, Tastee Tape is an edible adhesive tape designed for holding burritos closed so you don’t wind up with burrito guts all over your lap while you’re trying to eat one. That’s cool. In only slightly related news, the Mexican Pizza returned to the Taco Bell menu five days ago, and I’ve already had at least sixteen. 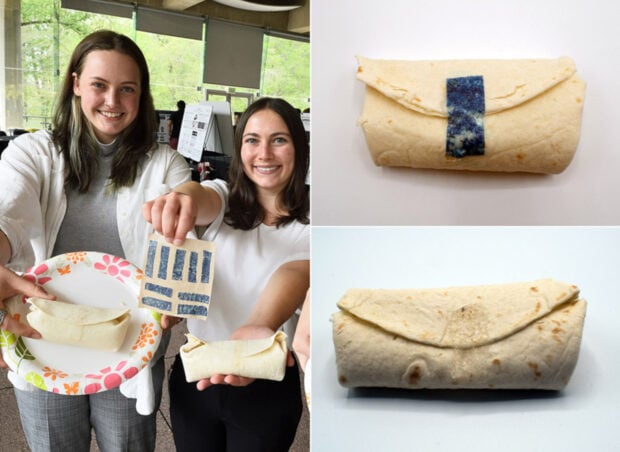 Tastee Tape is constructed from a “food-grade fibrous scaffold and an organic adhesive” and comes affixed to a piece of waxed paper. To use a piece, you simply remove it from the paper, wet it, and slap it on the overlapping portion of a burrito’s tortilla. They won’t say exactly what the tape is made of, but my guess is some sort of seaweed. Or, who knows, maybe it’s just duct tape, and they’re lying to us. I’ve eaten duct tape before.

Alternatively, peel back the wrapper of your burrito as you eat it instead of just yanking the whole thing out at once and leaving yourself wide open to a pant and/or shirt stain. I mean, this isn’t rocket science. This is far, far more complicated. Hey, you don’t happen to have any extra napkins on you, do you?