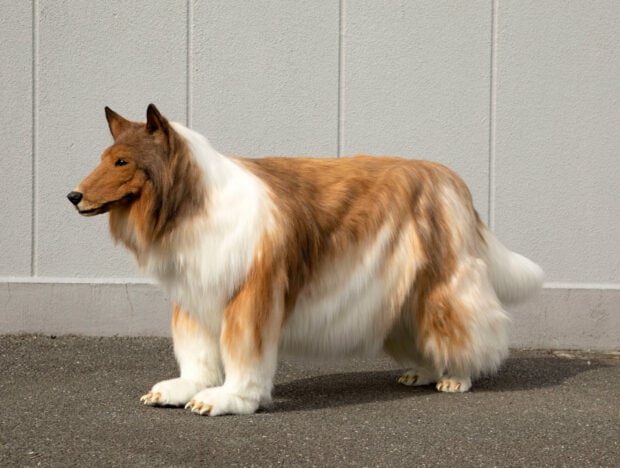 Because we all have dreams, and everyone’s dreams are different, a Japanese man named Toko recently spent $15,791 on an ultra-realistic Border Collie costume so he could dress up as his favorite dog breed. Hey, different strokes for different folks – that’s what my favorite high school substitute teacher Mrs. Gitland used to tell us while relating a story about how her daughter raises ostriches in Arizona. 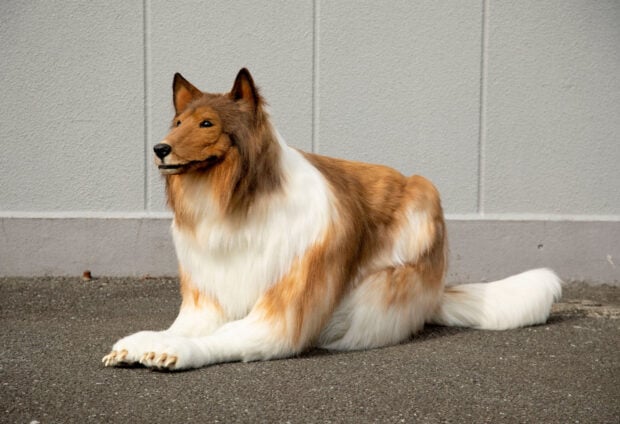 Toko hired Zeppet Workshop, a company known for its costume work in movies and television as well as its custom furry commissions, to make the suit, which took over 40 days to construct through trial and error. According to an employee at Zeppet, “Since the structure of the [human] skeleton is very different, we spent a lot of time studying how to make it look like a dog.” Well, clearly all that studying paid off because the result is uncanny. So uncanny I’m not convinced this isn’t a dog in a human suit wearing a dog costume. 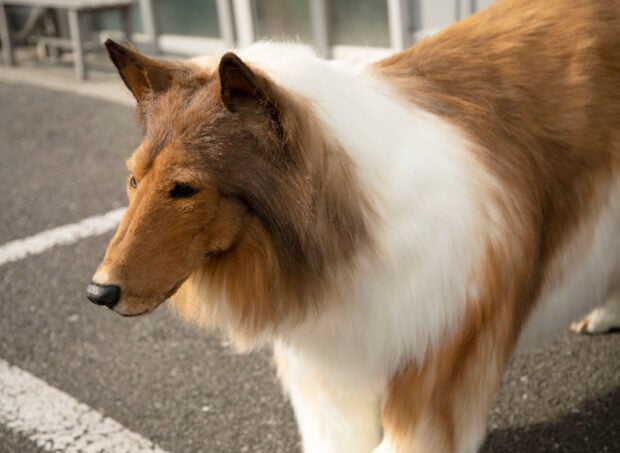 It was smart choosing a Border Collie instead of a chihuahua on account of 1) the obvious size and 2) all that extra belly fur helping to hide the fact that there’s an adult man in there who chose to spend $16,000 on a costume to look like a dog. Now just to be clear, I’m not judging – if anything I’m just jealous I don’t have the money to commission the ultra-realistic turtle costume I’ve always dreamed of.