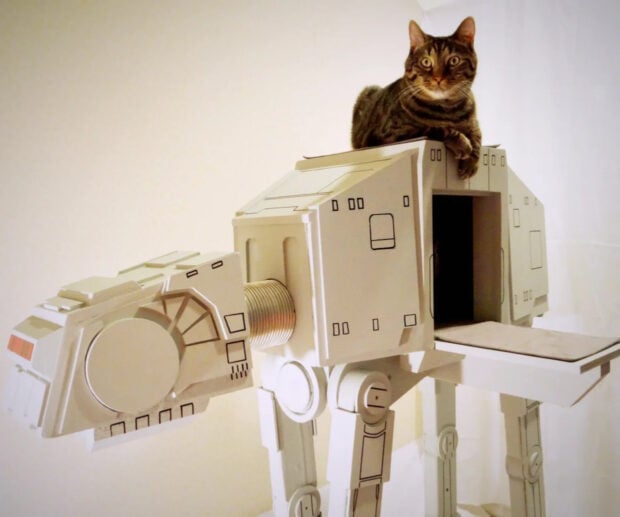 Because most people’s cats live better lives than I do, do-it-yourselfer Whitney Fabre constructed the CAT-CAT, an AT-AT-inspired cat condo. She built the condo for her feline friend, Captain Jack Harkness, who was named after the Doctor Who character. Why she didn’t build a TARDIS cat house instead is anybody’s guess. 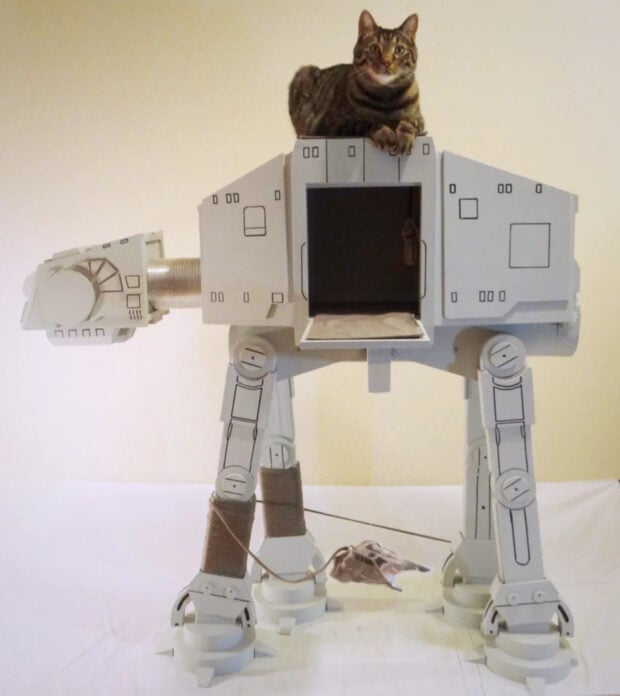 For those of you interesting in building your own CAT-CAT, Whitney was kind enough to create an Instructable, so you can follow the directions and, provided you have the skills and supplies, wind up with something similar and not just a dangerous pile of wood scrap and nails like I did. But you know what they say: The best-laid plans of mice and men often go awry. And the worst-laid plans like mine almost always go awry. 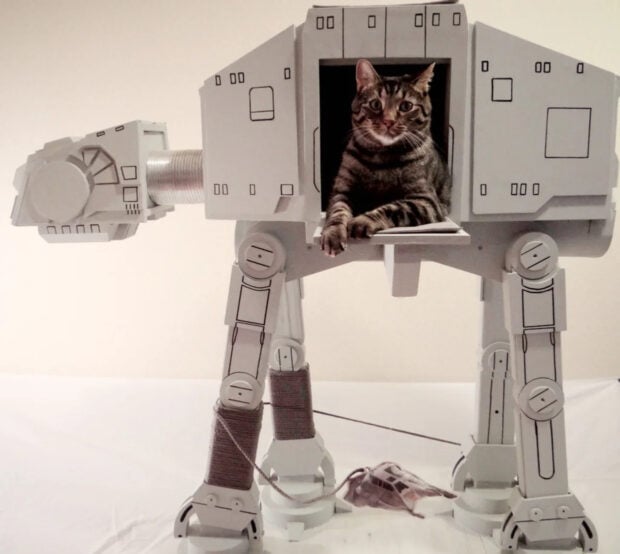 There’s no question it’s a fine-looking cat condo. But even if I was able to successfully construct one, would my cat play in it or purposefully ignore it to spite me for all the time and effort I put into building it? Here, let me give you a hint: We named him Spiteful Bill for a reason.