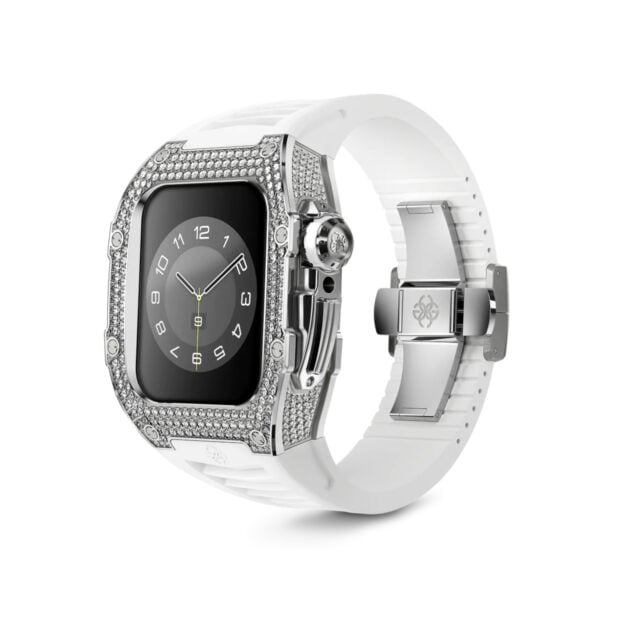 Because “How can we add diamonds?” is the thought on many jewelry designer’s minds, Golden Concept of Sweden has created the Golden Concept Diamond Edition, the world’s most expensive Apple Watch case. The case features 443 diamonds totaling over 4 carats set in a single block of titanium. Personally, I think it’s an eyesore, but I just saw my wife add it to her Christmas list, so I guess different strokes for different folks. 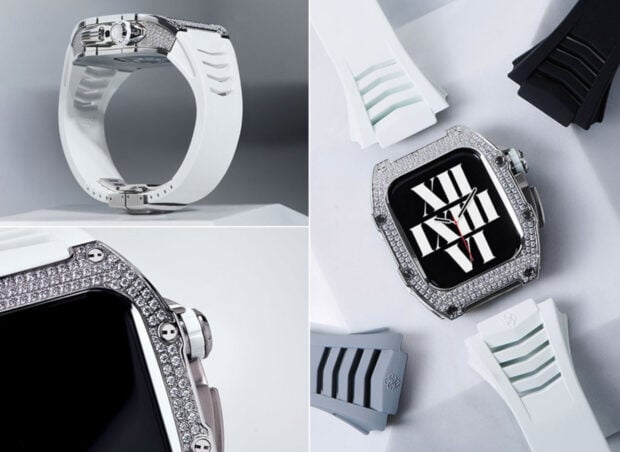 The luxury watch band only fits the Apple Watch Series 7 45mm model, and will presumably be obsolete with the upcoming announcement of the new Apple Watch 8, which I’m sure Apple will make either 44mm or 46mm just to ensure previous aftermarket products won’t be compatible. I’m on to you, Apple!

If you really do want one you better act fast, because Golden Concept is only making seven of them in total, which is seven too many if taste and decency actually prevailed in this world. Oh who am I kidding, it’s kind of growing on me.