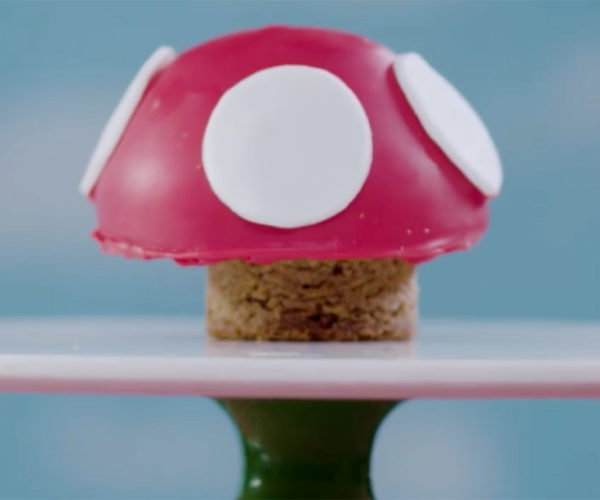 Taste the Mushroom Kingdom in every bite of these neat Mario mushroom blondies from Food Network.  Sadly, these mushrooms won’t make you grow super big or give you the power to shoot fireballs, but they will be delicious.
Share
Check It Out 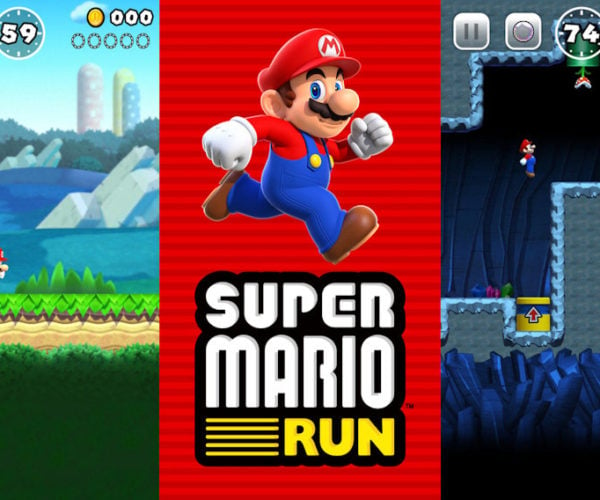 Super Mario Run arrived first for iOS, and Android users were not too happy about having to wait so long. At this point, the hype has died down and people have generally moved on to other things.
Share
Check It Out

Zelda Fan Controls His House With an Ocarina 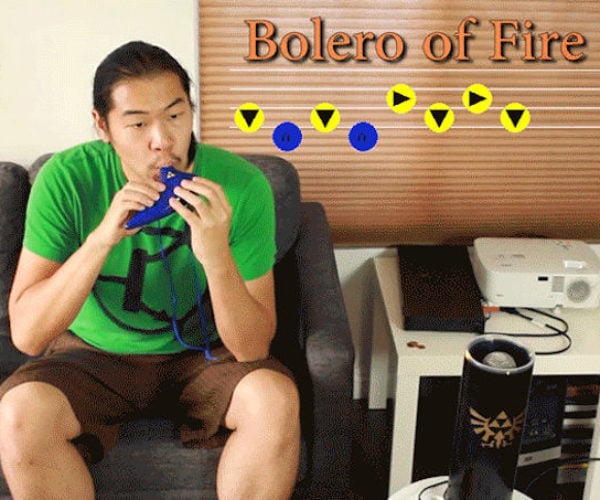 Are you a Legend of Zelda fan? Nah. You thought you were, but you haven’t seen Allen Pan’s crib yet. His entire house is ocarina-powered. That’s a true Zelda fan. Your countless hours of devotion suddenly mean nothing.
Share
Check It Out

Super Mario Themed Pop-up Bar: Your Sobriety Is in Another Castle 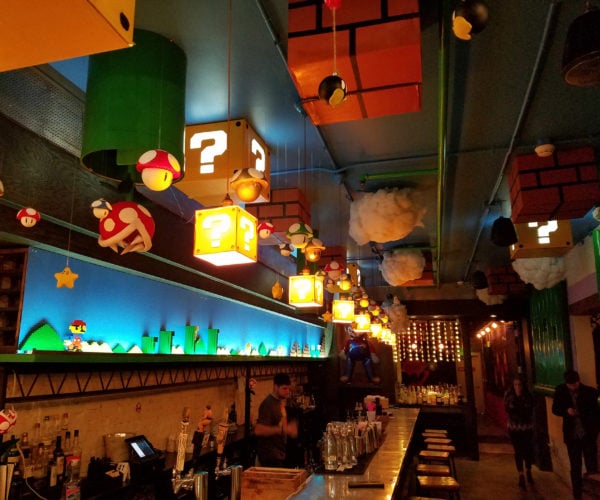 Pop-up shops, restaurants, and bars can pop up anywhere, at any time. Hence the name. So you never know when you are going to encounter a bar like this Super Mario pop-up bar. It just showed up like a magical portal to the Mushroom kingdom, in a mysterious, unidentified location.
Share
Check It Out

The Legend of Zelda Golden Flask: The Missing Drink 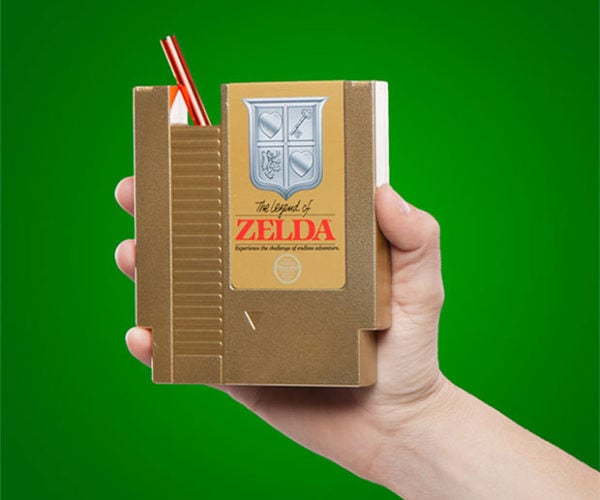 Back in the NES days, the game cartridges were typically all grey. One of the cool things about The Legend of Zelda was that the cartridge was golden and shiny. If you ever played that game, you will immediately recognize this Zelda Hydration Cartridge.
Share
Check It Out

The Nintendo Switch Pro Controller Has an Easter Egg 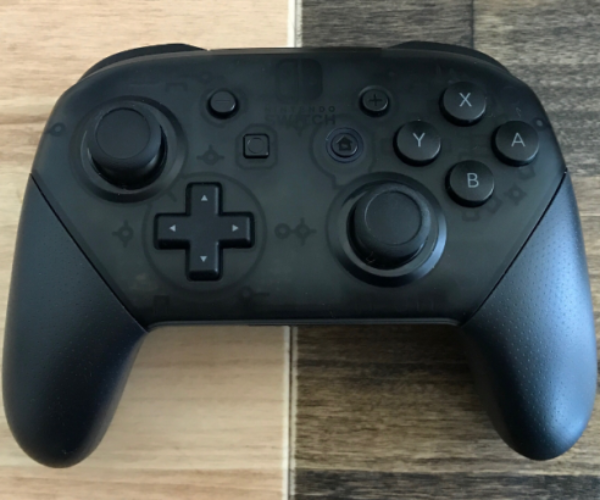 As you may or may not know, the Nintendo Switch’s Pro Controller is partially translucent, so you can look inside the guts of the accessory and see cool stuff. But there are some secrets within that are still hard to spot.
Share
Check It Out 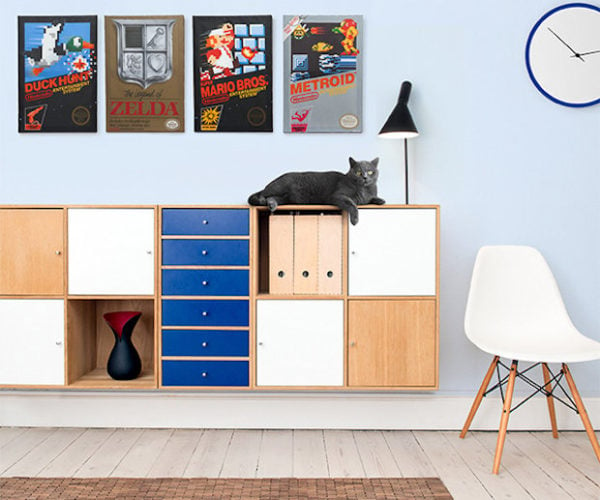 I’m a sucker for old video game box art. My favorite systems when it comes to art were the Atari 2600 and the Nintendo Entertainment System. Back in those days they were able to sell the hell out of a game based on the box art alone.
Share
Check It Out 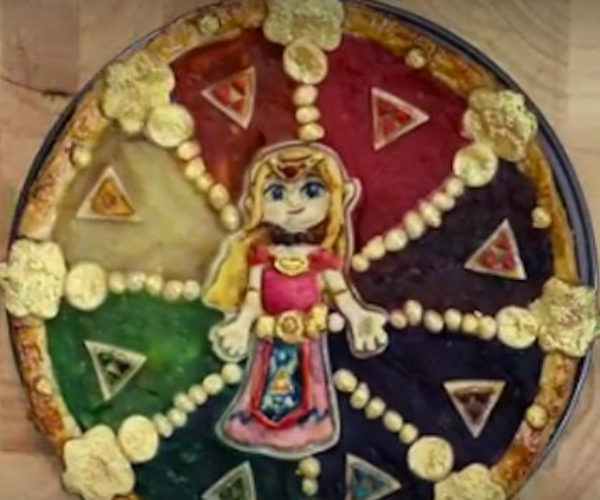 To celebrate the release of the Nintendo Switch and Legend of Zelda: Breath of the Wild this week, Pies are Awesome created this colorful Princess Zelda pie. It looks delicious. I’ll take 10 of them please!
Share
Check It Out

I remember when the Nintendo Game Boy came out back in the day and we were all super excited that you could play games on the go. The graphics were terrible though. If you want to relive that mobile retro gaming action, the Game Boy 16oz heat change mug is just the ticket.
Share
Check It Out 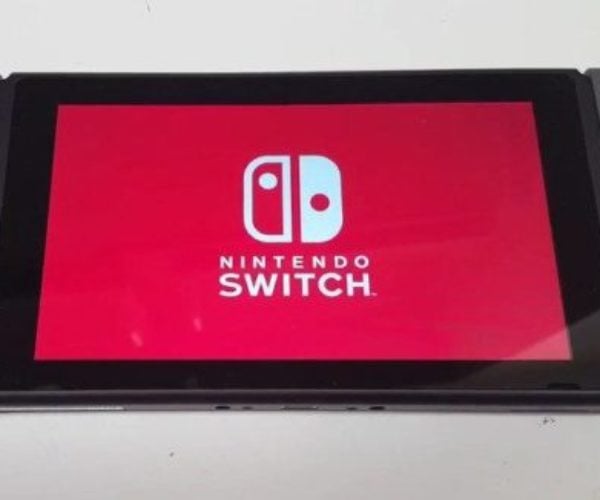 Last week we talked a bit about the video that leaked showing some of the menus and UI of the Nintendo Switch console. That leak was by a dude called “hiphoptherobot,” who said of how he got his hands on the console, “It isn’t like I grabbed it off the back of a truck or anything, I just happened to get lucky because unnamed store decided to ship early for whatever reason.”
Share
Check It Out 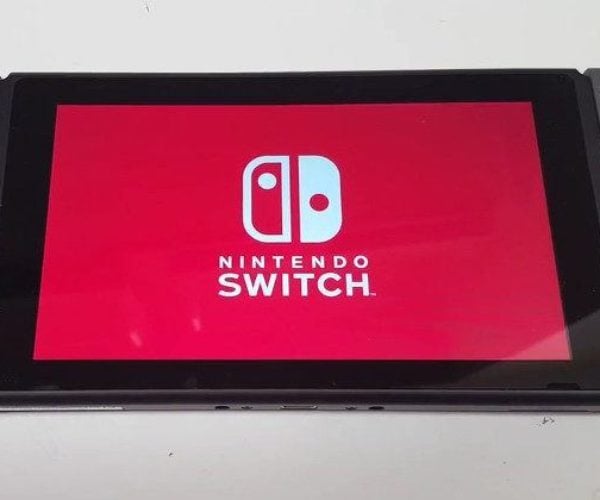 It will be another couple of weeks before the Nintendo Switch officially starts shipping, but it looks like at least one lucky gamer already got the console/handheld hybrid in hand. Could be a shipping mistake or a hoax, so take it with a grain of salt.
Share
Check It Out 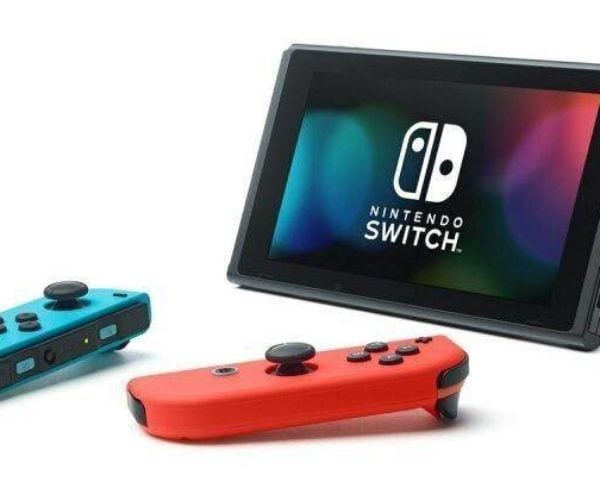 Nintendo’s upcoming console sounds like it may be far from perfect. Even hardcore fans are starting to see its flaws. Beyond concerns about its technical capabilities, it’s biggest flaw may be the online service that will accompany the console.
Share
Check It Out 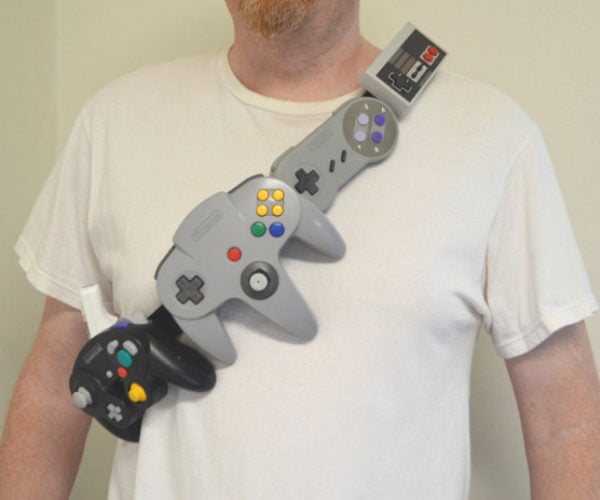 If Chewbacca were a gamer, this is what he would be wearing throughout the original trilogy. You’ve gotta love this Nintendo controller bandolier created by Etsy shop 1UpForge. It is made up of nonfunctional NES, SNES, N64, Game Cube and Wii controllers.
Share
Check It Out 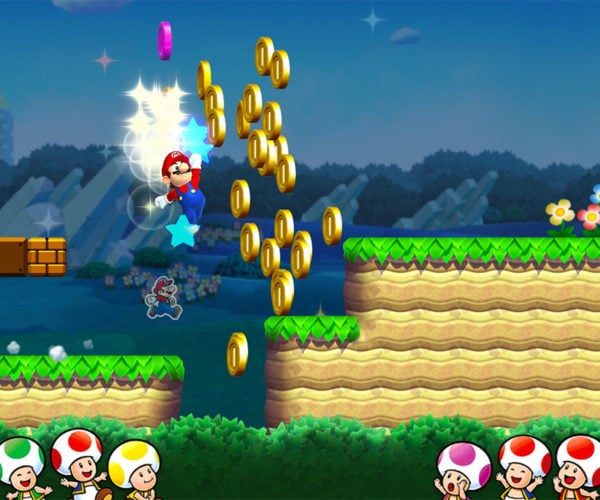 If you are one of the many Android gamers who was not happy with Nintendo for putting Super Mario Run out as an iOS exclusive to start, your day is coming. Nintendo has announced that the single-finger platformer will land on Android devices this March.
Share
Check It Out

Super Retro Boy Brings the Game Boy Back with Some Upgrades 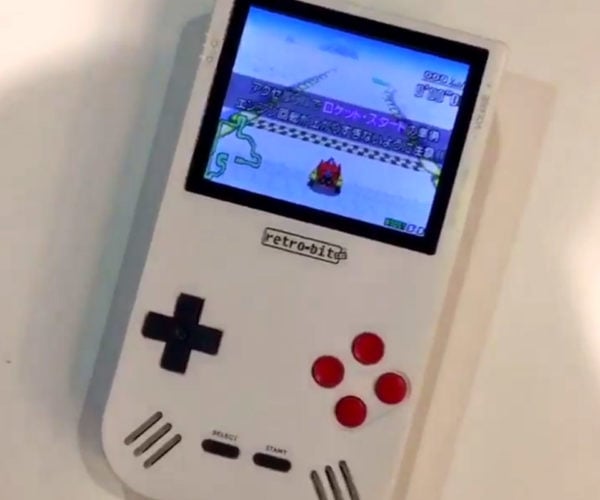 The Game Boy has had it’s time in the sun and then went away. There’s no hint that Nintendo plans to re-launch it either, despite great sales of the NES Classic. At least we have the Super Retro Boy.
Share
Check It Out 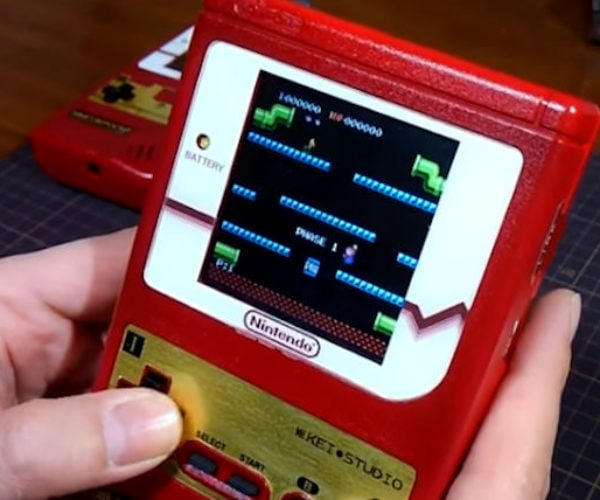 After the release of the NES Classic Mini, we are all wondering what console Nintendo plans to miniaturize next. Well, the folks at Kei Studio clearly want a Game Boy Classic Edition, and they don’t want to wait for it.
Share
Check It Out
« Previous
Next »
|« 1‹ Prev456789101112131415Next ›74 »|