Bought the iPad, but Too Cheap to Buy a Stand? 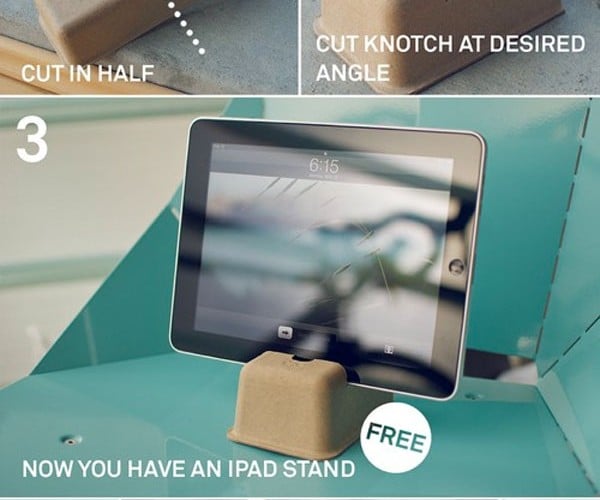 Despite their willingness to drop dough on bleeding-edge technology, there are some geeks out there who are frugal. They will buy a nice gadget like the iPad, but they will never buy any accessories to make using the gadget better.
Share
Check It Out 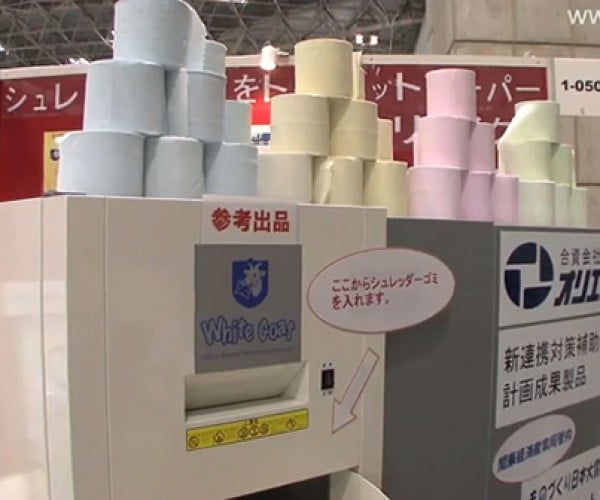 Spotted at the Eco-Products 2009 trade show, Oriental Co. Ltd.’s White Goat is a paper shredder that turns the shredded bits of paper into toilet paper. It is named after the famous Japanese White Goat, which eats paper and then shits out toilet paper.
Share
Check It Out

2010 Olympic Medals to be Made From Old Circuit Boards 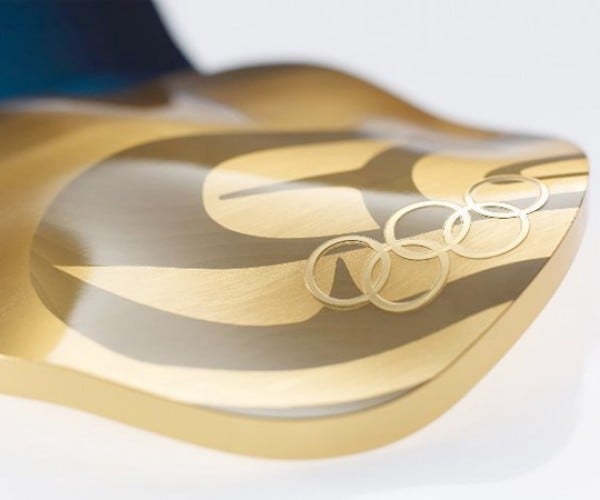 It’s already pretty awesome to get a gold medal. Really – it means that for at least one day, you were the best in the world at something, and there’s no arguing with that. But Olympic medals have become increasingly more beautiful, too, and the medals for the 2010 Vancouver winter games are no exception… and it doesn’t hurt that they’re made from old circuit boards!
Share
Check It Out 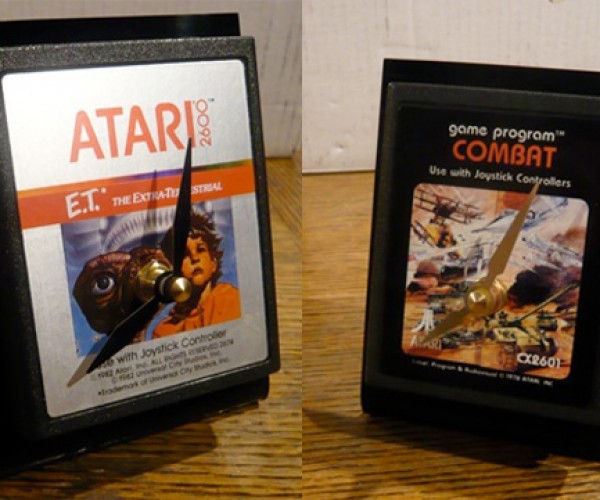 Ah, game cartridges. They can bring so much joy… and take up so much space. And sure, you could save ’em forever, clearing space to keep all those boxes and carts… or you could brutally gut them and turn them into something else.
Share
Check It Out

Transformers Backpack is Both More and Less Versatile Than Other Backpacks 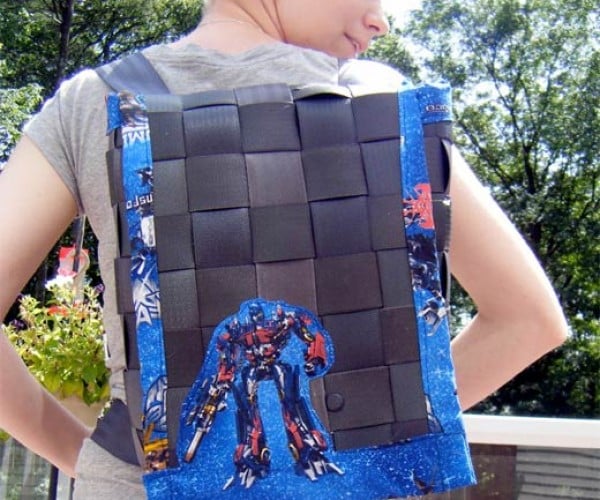 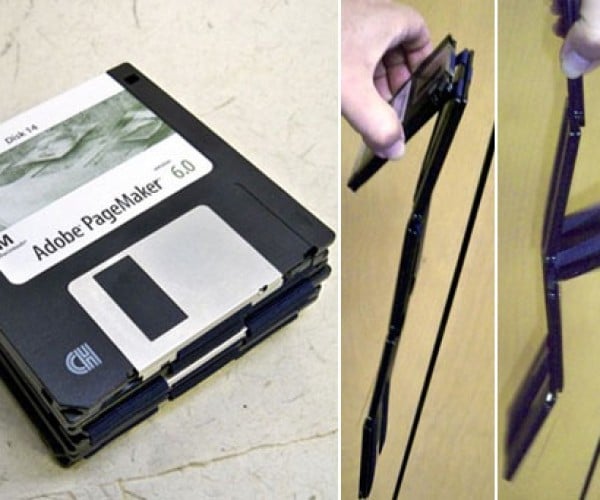 Remember those wooden Jacob’s Ladder toys you played with when you were a kid? You know, the kind where you flip the top block over, and then all of the other clacky blocks flip over on themselves?
Share
Check It Out 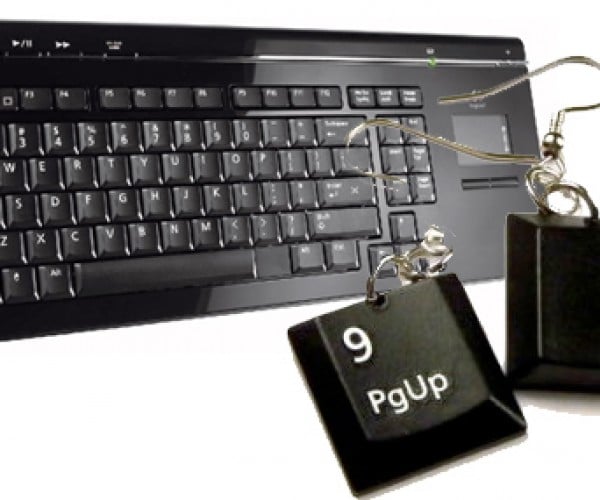 Raise your hand if you don’t have or have access to an old keyboard. If you didn’t raise your hand, I’m pretty sure you’re an alien. For the rest of us… what’s a girl to do with all those old keyboards?
Share
Check It Out 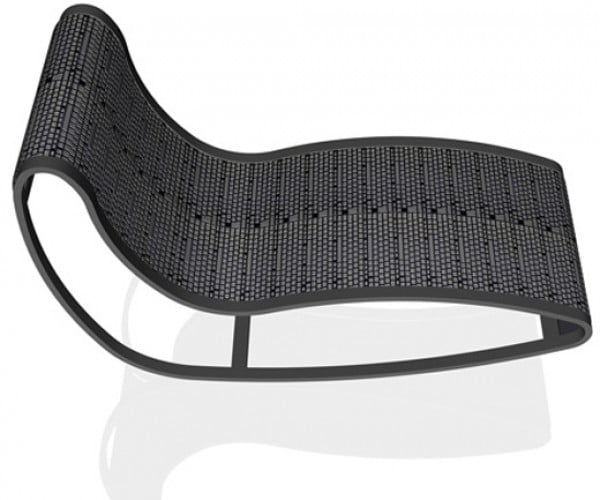 We featured a chair made of recycled CDs a while back; I’m pretty sure that chair will carve markings on your ass after just ten minutes of sitting. I’d rather sit on this computer keyboard armchair.
Share
Check It Out

Recycle Your Old Batteries by Putting Them Inside Another Giant Battery 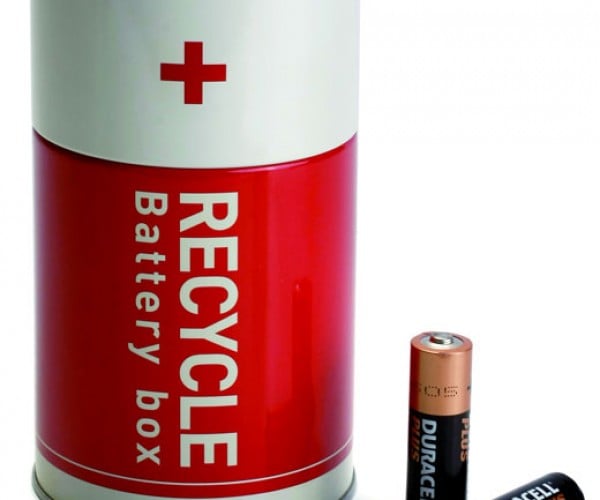 Here in Chicago, we just got started with a city-sponsored neighborhood recycling program. While they’ll collect and re-purpose much of your post-consumer waste, electronics aren’t on the pick-up list. But if you’re a gadget addict like me, you probably go through batteries like they’re going out of style.
Share
Check It Out 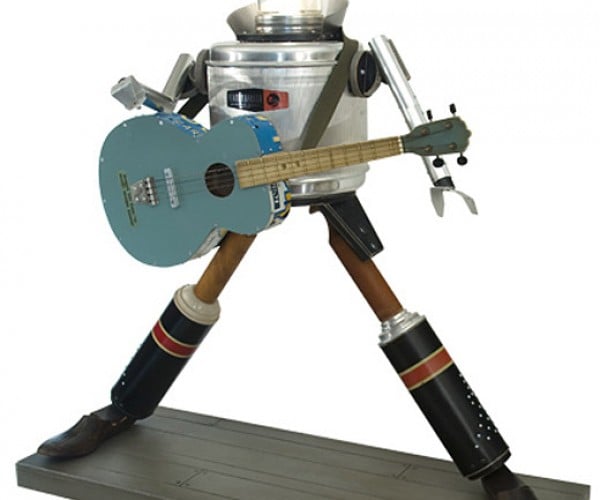 I’m a sucker for robots – and I love cool lamps. So when I saw these cool robotic sculptures that light up, I just had to write about them. Handcrafted by Pennsylvania artist Toby Atticus Fraley, these robot sculptures are assembled from vintage found objects (aka “Junque”), and lovingly reconfigured by Fraley to form one-of-a-kind artworks.
Share
Check It Out 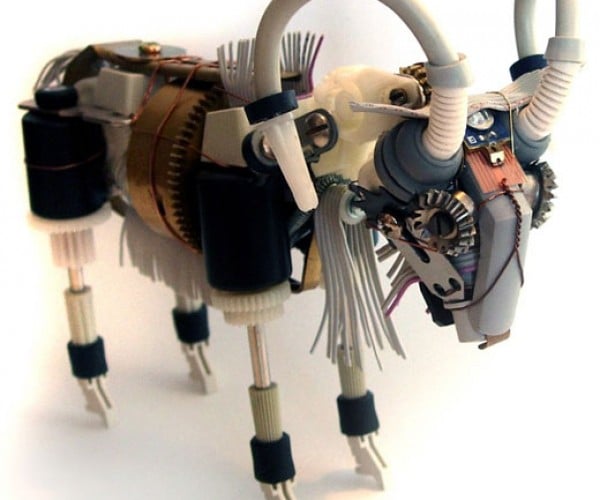 Got a bunch of old electronic parts lying around? While they might end up in the trash heap for many of us, artist Ann P. Smith sees new life in old junk. Smith takes broken down electronics and machine parts to create her amazing menagerie of animal and insect sculptures.
Share
Check It Out 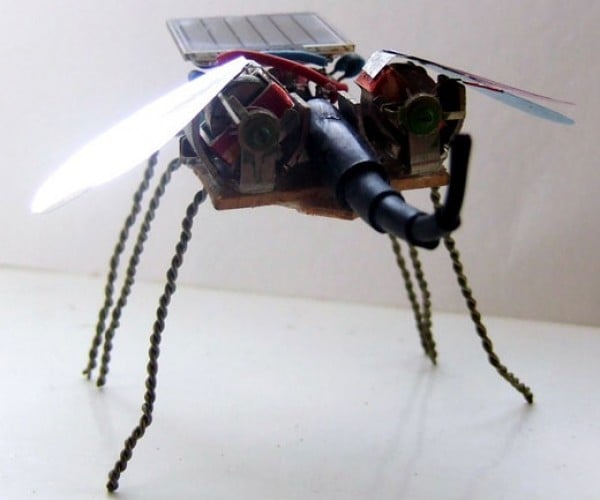 If you don’t happen to have enough room for one of those 22-foot tall styrofoam robots to defend the homestead, that’s okay. Thanks to the wild and wonderful creations of robot insect builder TinyMinds, you can get your hands on some little robots which should do the trick just as well.
Share
Check It Out

Dead iPod Gets Second Life as a Mouse 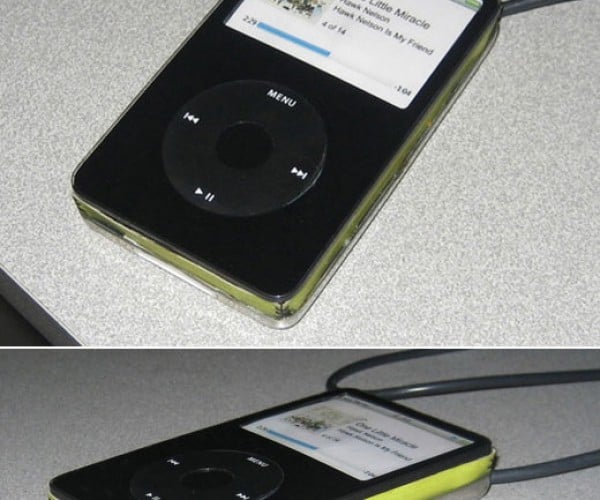 Got a broken old iPod lying around? Besides dropping it in the dumpster, what else can you do with it? Well if you’re like this resourceful modder, you turn it into a mouse. After stefferroo’s brother dropped his iPod under his car and then proceeded to run it over, it was surely headed for the trash bin.
Share
Check It Out 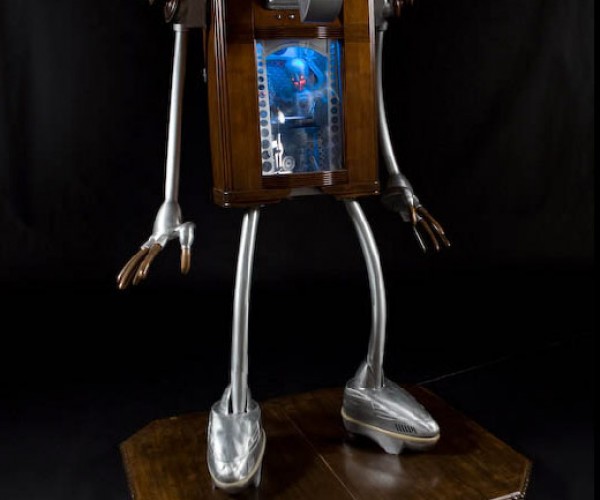 What did the big robot say to the little robot? “Get in me belly!” At least that’s the way this amazing automaton works. The larger-than-life wood and metal robot features a tiny little robot inside its gut, and it looks like he’s the real brains of the operation.
Share
Check It Out 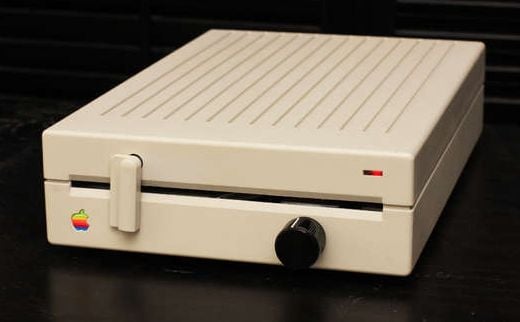 Have some old computer gear lying around? Why not do what this guy did, and turn it into something useful once more. By taking an old Apple 5-1/4″ floppy drive he found at a thrift store, then working some electronics wizardry on the interior, modder Jeff Kobi took this old piece of tech junk and gave it new life as a retro-styled amplifier.
Share
Check It Out 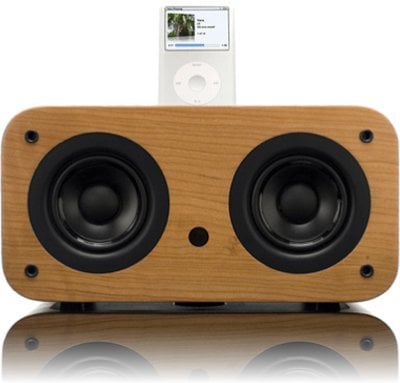 If you don’t already have a compact stereo for your iPod, you might want to check out this beauty. Featuring a natural looking cherry-veneered wooden cabinet, Versaudio’s Vers 2X certainly stands out from the crowd of plastic docking stereos which are a dime a dozen these days.
Share
Check It Out
« Previous
Next »
‹ Prev1234Next ›